Transported Audio is a team of fast, creative, detail-oriented storytellers.  We pride ourselves in taking on groundbreaking content with a positive, can-do attitude no matter the circumstances.

Our most frequent clients include NFL Network, EA, Netflix, Hulu, Amazon and FX.  We have a boutique 5.1 mix stage that’s ideal for producers looking to impress clients while keeping budgets in check.

We are a scaleable team that can ramp up or down to suit the needs of any project.  Transported Audio is a one-stop shop for all your post production audio needs. 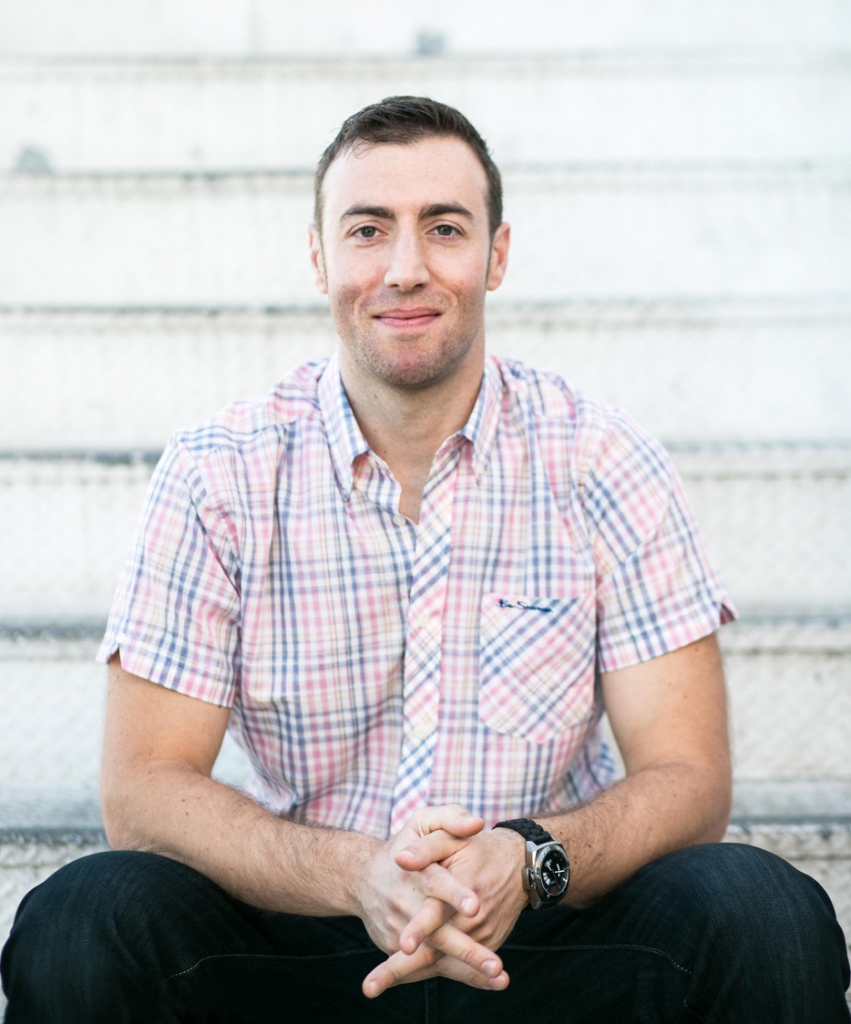 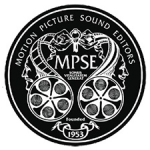 Eric is a Supervising Sound Editor and Lead Re-Recording Mixer with over ten years of post production sound experience.  He specializes in crafting rich, dramatic mixes for Netflix, Amazon, Disney, E3 trailers and Super Bowl commercials.  He is on the MPSE Board of Directors, where his work has been nominated for five MPSE Golden Reel Awards.

After graduating with an MFA from USC’s School of Cinematic Arts, Eric’s audio career began at Electronic Arts, where he mixed over twenty trailers for Mass Effect, Dragon Age and other AAA studio titles.  He also designed and mixed interactive audio, where he edited, implemented and mixed thousands of sounds for Command & Conquer (2013).

Thanks to his extensive background in film, Eric prioritizes story and dramatic stakes above all else.  His aims to give every project emotional context, weight and resonance.

Austin is an audacious sound editor and mixer from Los Angeles. Writing and recording music at an early age opened his eyes to the glory of sound creation.  While forever a musician, Austin began obsessing over the sound choices in There Will Be Blood and Game of Thrones.

A chance meeting jump-started his sound career – legendary Sound Supervisor Scott Hecker was having dinner at the restaurant where Austin was bartending.  Austin immediately recognized him from behind the scenes videos about his favorite films, and Scott was quick to take him under his wing.

As he sank his teeth into post production sound, Austin began editing and mixing independent features such as The Funeral Guest and Summer of 8 as a team of one.  He learned quickly on the job, covering a wide variety of genres, languages and scopes of films.

Always committed to pushing the limits of his comfort zone, Austin has more recently been mixing TV commercials and web spots. He not only welcomes new challenges, he craves them in an endless hunt for auditory satisfaction in the world of media.

Austin brings a limitless desire to push his abilities and experience to every new project.  His ears are wide open for whatever project is just around the bend.

Kevin is a sound designer with years of experience in TV, Internet videos, games and theatrical films. He combines his education from USC’s School of Cinematic Arts with a love for improvised, self-taught techniques.  His work has earned two MPSE Golden Reel nominations.

Kevin has supervised the sound for over one hundred short films for YouTube channels including RocketJump, CorridorDigital, and EpicMealTime, as well as videos for Key & Peele, Jimmy Kimmel and Conan O’Brien.  He has taken the lead on sound for brand collaborations for Mad Max, Resident Evil, Metal Gear, Far Cry, and Kingsman: The Secret Service, and for game trailers for Mass Effect, Abzu, and Titanfall.  He has also worked on episodic TV series such as Video Game High School and Ubisoft’s The Division.

Additionally, he teaches sound for RocketJump Film School, which offers free online film education for up-and-coming filmmakers through videos, podcasts, and community interaction.  He is also the Head of Sound Department at RocketJump.

Josh Moore is a Sound Editor hailing from Tallahassee, Florida. He grew up playing music in his dad’s bluegrass band, as well as multiple punk bands.

Josh’s early experiences playing the viola, guitar and bass drew him to recording and eventually Missouri State University, where he received a BS in their Electronic Arts Audio Studies program.

After taking a film editing class at MSU, Josh fell in love with filmmaking and specifically sound editing. He worked on three award-winning student films.

Josh loves working in contrast, designing big impactful sounds one moment, and creating delicate, immersive design to heighten someone’s psychological state the next. He firmly believes that the story drives everything, informing every creative decision he makes.

Josh aims to push boundaries and learn from every project he has the great fortune of working on.

Paul is a production sound recordist, sound editor and re-recording mixer who has striven to create unique and impactful soundscapes for short and feature films, documentaries, video games, web series, commercials and memorably, an interactive haunted house. His work has been nominated for two MPSE Golden Reel Awards, including winning the Verna Fields Award.

While studying film at the USC School of Cinematic Arts, Paul began to appreciate the dramatic impact that sound could have on storytelling. Upon graduating, Paul worked in both the production and post production sides of film sound. Capturing production sound on set sparked his interest in field sound effects and Foley recording. In each project, he records new and interesting material in order to give it a unique sound. Paul always keeps a recorder at hand because he never knows when he’ll hear a sound that will be exactly what he needs for a future project.

Paul is most happy when his work affects the listener in both subtle and dynamic ways, carefully shaping the story and emotional impact of a moment without drawing attention to itself.

Ryan is passionate about three things: sound, The Beatles, and David Fincher movies.

Originally from Williamsburg, Virginia, he began writing and recording original music in a makeshift studio he built in his room. It was during those late hours recording that he fell in love with creating his own sounds.

Ryan earned his MFA from USC’s School of Cinematic Arts, where he was the first student to mix multiple projects in Dolby Atmos and 7.1 Surround Sound. His Dolby Atmos work spans multiple genres, from action-comedy to musicals to period drama films. Ryan has edited and mixed projects that have premiered at the Tribeca, Austin, and Cannes film festivals. Additionally, he currently teaches an advanced sound course at California State University Northridge on industry standards for production sound recording and sound editing.

As for those three passions?  His favorite sound is rain, favorite song is “Help!” and favorite movie is “The Social Network”.

Audrey is a passionate, decorated Sound Editor and Producer with a wealth of experience.  Nothing is more fulfilling to her than creating unique, rich soundscapes for narrative films, documentaries and interactive media.  Her work has been nominated for two MPSE Golden Reel Awards, a CAS award and has won two Student Academy Awards.

Audrey received her bachelor’s degree in Sound Engineering at the University of China.  She found her true calling in a semester abroad when, while at the famous Fox Theater in Westwood, she heard the sound of the THX Logo in Dolby Atmos.  Audrey was absolutely floored by all of the audible details and immediately knew that she wanted to pursue sound design as her career.

After graduating, she spent a year and half working in TV, News and the Film industry in China before fully pursuing her passion for sound design at the University of Southern California in Film and Television Production.

While pursuing her MFA degree at USC, Audrey was a teacher’s assistant for three semesters.  She mixed award-winning short films and documentaries at USC, including Wash and Crush, Love & Loss.  Audrey strove to discover new techniques and philosophies by constantly working on projects, even when not required to for credits.  After long days of classes, she edited and mixed independent feature films at night, including The Last Three Days, Voodoo Macbeth and To Us From Us, which earned over 16 billion views after being releasing on Iqiyi, the most popular streaming service in China.

In her free time, Audrey enjoys discovering great food, especially when she’s able to cook it herself.  If you need a list of go-to restaurants in LA or in Beijing, ask Audrey!

Richard is a self-proclaimed sonic Swiss army knife. He has been a Sound Supervisor, Re-Recording Mixer, Sound Designer and Dialogue Editor. He has worked on Feature Films, Scripted and Reality Television, Trailers, Shorts, Promos, Web Series, Radio, and  Audio Books. He is always ready to take on the demands of any project.

Being a musician, Richard found himself attracted to the recording arts as a way to collaborate with other musicians and share his work. This passion blossomed while he attended the Omega Studios School of Applied Recording Arts and Sciences where he solidified his skills and began working in commercial recording studios.

Mitch is an experienced sound editor with work spanning numerous genres.  His musical background has aided him immensely as he’s been playing drums for over 15 years.
Since he can remember, Mitch has always been interested in sound.  Early platform and adventure games like Super Mario Bros, Sonic the Hedgehog and Zelda: Link to the Past helped pique his interest.  Their iconic soundscapes and compositions resonated with him.
In his career, Mitch has supervised, mixed, recorded and edited Sound Effects and Foley for numerous TV shows, films, and game trailers. Some of his projects include American Crime Story, Angie Tribeca, Lawbreakers, Roots and The Man in the High Castle.

When Mitch isn’t crunching on big projects, you’ll often find him crafting unique sound effects that might be useful for projects down the road.

Brandon is from Georgia and moved to Los Angeles five years ago.  His passion for movies, TV, music and audio all converged, leading him into a career of sound editing.
Brandon studied at the Conservatory of Recording Arts and Sciences in Gilbert, Arizona, where he learned and crafted his skills before hitting the industry.  He went on to intern at Larson Studios, and then directed/edited at an audiobook production company for two years.  Through all of this, his passion for intricate workflow knowledge and processes kept on growing.
More recently, Brandon has assisted on longform reality and scripted content as well.  He has worked on episodic television shows such as Catfish: The TV Show, Undeniable with Joe Buck, Battlebots and much more. He also has credits as foley editor on movies such as Christmas Perfection, Deadly Shores, and Nanny Surveillance. All of these projects have been essential in being able to hit tight deadlines with crews big and small.
Brandon is ecstatic to be a new member of the TA team where he can continue exploring his creativity and work on high profile content with our growing team! 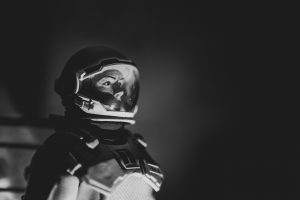 Traveler left Earth eons ago to embark on an extended journey through space and time.  Her return had gone largely unnoticed… until now.

While our senses may guide us from moment to moment, she’s seen, heard and experienced things the rest of us couldn’t begin to imagine.  Life out in the infinite is full of surprises.

Since her return, Traveler has made TA’s mix stages her new home.  You’ll usually find her exploring our Apollo mix stage.

If you ever find yourself in our studios, snapping a picture with Traveler will absolutely make her day! 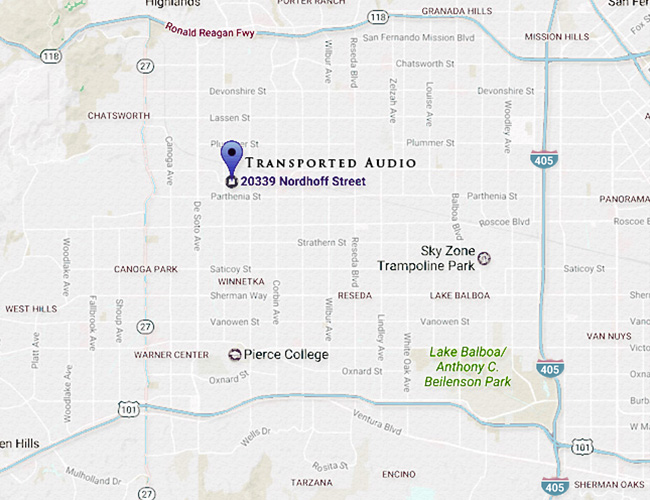